I recently started a Youtube Channel and I will also be sharing more of my poems,spoken words and stories there,below is the link to like and Subscribe.

Travel light he says, it’s a hike, most you’ll need is water, and he being a photographer felt it ideal to hold his camera. That wasn’t going to be easy for me, knowing I’m the girl who never travels light even when she really wants to. I always feel the need to hold stuff in case such an such a scenario arises, I hold extra food, clothing, water and extra clothes because there was always this one time I under packed and I deeply regretted it, hence I believe it left me paranoid and ever since I feel the need to hold extra.
So my friend of over four years decided we should go on this hike from my village Point Mitchell to the next village Soufriere a 4.4mile hike. Soufriere being a lovely village of beaches and hot springs ,he particularly wanted to visit the hot springs since he recently sprained his shoulder, he said he needed the springs healing properties ,I personally needed the walk to burn off some extra calories.
So that morning started off being a bit overcast and before the hike I rushed to town to buy a “few” necessities and before I knew it I was in town for over two hours and hauling several grocery bags. I hurriedly messaged my friend Jackson to apologize for my tardiness when I told him I wouldn’t be late. He laughed and assured me it was ok as we had the whole day. I got back home and quickly prepared two sandwiches got my back pack held some snacks and one grocery bag with water and energy drinks and out the door I went.
At that time it was noon and the sun was out in full blast, I wished we had gone earlier, with me already exhausted from my early morning shopping my energy levels were down. I waited on Jackson and decided not to think about it too much, he eventually arrived with nothing but a back pack, a huge grin on his face and a huge umbrella. I found it a bit extra and funny at first but proved to save our behinds when we began walking, that sun was blasting our skins and that umbrella seemed like the only oasis to us. We were a little distance just above my village, undertaking a twirling road that had me sweating profusely, “Can you make it?”he asked I shook my head up and down but my body seemed to say no, I wanted this hike so bad but here I was struggling just a few minutes in, vehicles were passing us often and I tried hiding the embarrassed look on my face. We made it to the top of that the road which was u flat, which I was grateful for. I began to notice the trees properly and green mountain capes and the hike began to seem doable, then Jackson eyed his watch and decided to stop a bus. We hopped on and he explained that we wouldn’t be able to make it in time as it was nearing 1pm. The bus ride proved him correct, it was rather lengthy but what lovely sights his camera missed, and he couldn’t catch them on a moving bus.
We safely made it to Soufriere and the villager’s eyes were curious but welcoming, I noticed the paint was chipping on some of the wooden houses, and the children were shirtless, careless and free running up and down the road. We met up with a small group of villager’s looking at a cricket match being played on the field. Jackson made out one of his friends that was playing fieldsman and he hid behind a tree and took his picture. The trees were majestic aligned on both sides on the amazing road that lead to the springs, and we were soon greeted by scouts in their green berets running down the roads.

Jackson soon began taking pictures of me and next thing I knew I was demonstrating model behavior in a knee high jeans, a worn tennis shoe and colored vest, I felt so ordinary but Jackson hunger for building his portfolio made him take several snaps as possible. Trees and more trees, guava, coconut, mangoes all sorts of tropical trees welcomed us to their part of the village. The mountain wore several shades of green, creating a spectacular background; I thanked God I resided in such a lovely place. A group of young girls arrived as soon as we made it to the parking lot before the springs; there was this huge clearing an information center which was currently closed, two wooden houses with washrooms and exchange rooms. 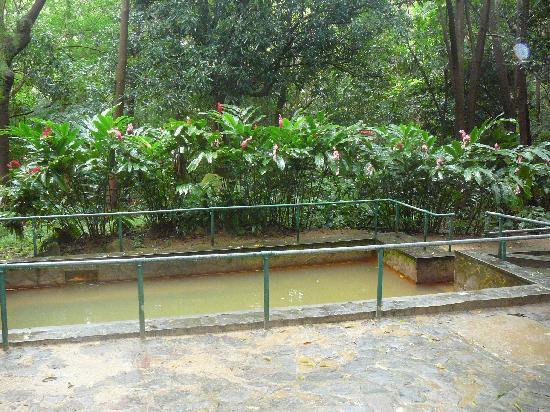 As we got closer the scent of sulfur hung in the air welcoming us to its serenity, there was this huge sulfur pool where several kids were playing, Jackson and I decided to go higher into the forest to the pools that were more secluded and private. The forest was covered in dead leaves and stones and sulfur rich soils created a path leading us to three amazing pools. 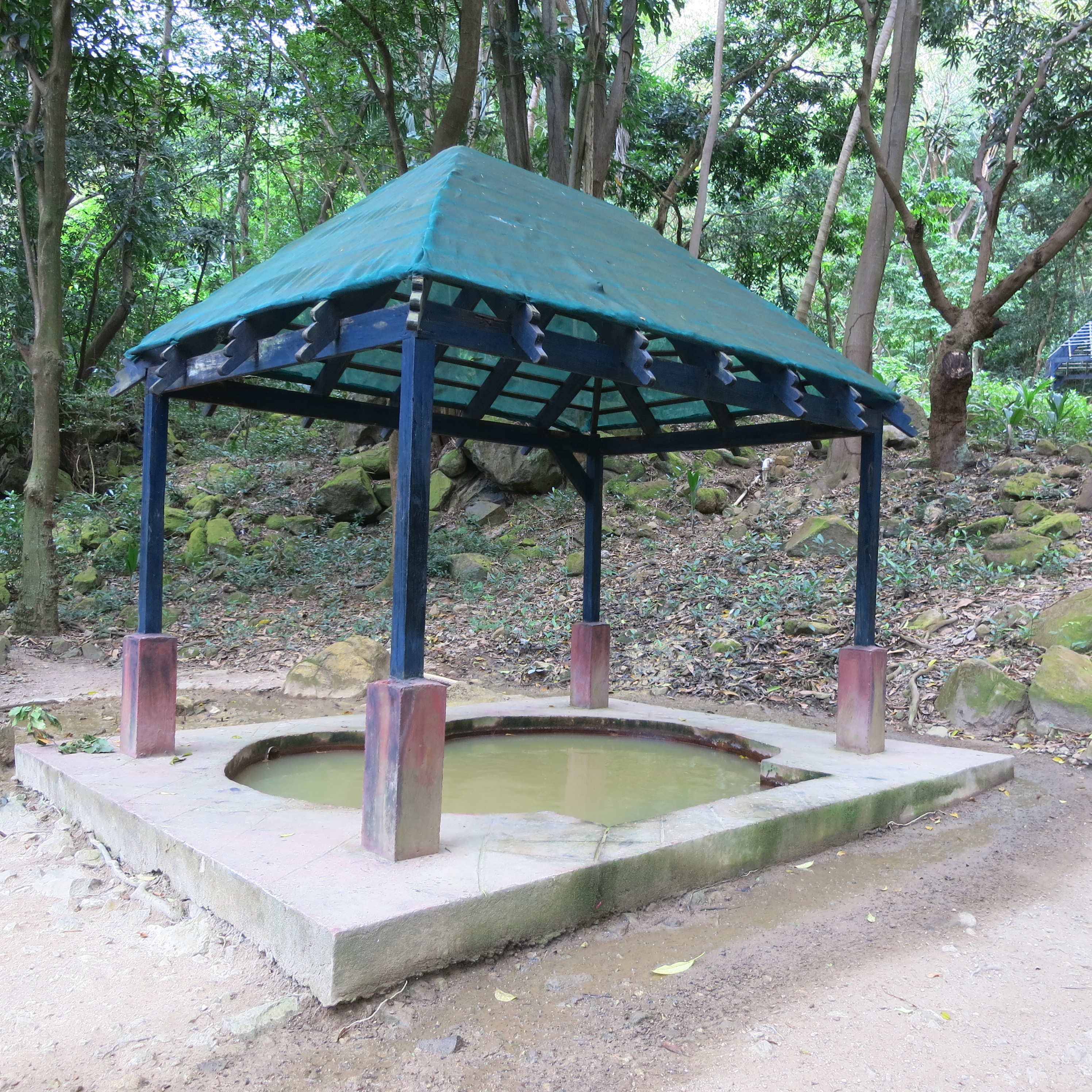 The First one was rather lukewarm so we went to the second one, which was way hotter. Our bodies eventually adjusted to the temperature and we sat back, as we were engulfed by sulfuric waters that soothed our minds, bodies and spirits. Cleansing from all stress and trauma and flowing out our systems,cleaning our pores from blemish and scars. Melting our aches and releasing them back out into the dirt where it belongs. Jackson and I sat back and enjoyed each other’s company and the lovely island in which we were born.

Thanks for taking time out to read my blog, keep following as I take you along my adventures as a blogger.

Hi guys, My name is Laurna and for those of you who recently started following my blog i say welcome and thank you,i do hope your visit to my page brings you as much joy as writing does to me. In this blog here i have a link which leads to a vid showing the most beautiful features of where i live, my lovely country,island Dominica,please take the time out to watch the entire vid and tell me what you think,and do visit us soon,you are soo welcome. Do enjoy!!
https://www.youtube.com/watch?v=O_Pdj9iUcrs