For the vision is for an appointed time, but at the end it shall speak, and not lie, though it tarry, wait for it, because it will surely come, it will not tarry.

Jenillia Maronie Richards or Solace her preferred stage name is short   but powerful as she demonstrated her dynamic energy  two weeks ago at the Sinach concert held in the Commonwealth of Dominica on November 25th. Solace as the name suggest brought comfort and joy to the thousands that were present at the Windsor Park Sports Stadium leaving her catchy rhythms on the lips of several.

Having been born in a family of singers and dancers she was no stranger to music and it became a natural gift to her to sing and write songs of her own. She started at the tender age of seven singing Jesus loves me, a song that still resonates throughout her career today as she has established herself as a gospel artist.

She recalls her big break from shyness and leading in song as a teenager when her worship director asked her to lead worship one Sunday as he saw she had the potential to do so. She hasn’t shy away from singing ever since as she is grateful that her music can minister hope and deliverance. Solace has since backed up for several renown artists such as Positive ,Marvia Providence, Bridget Blucher and Emrand Henry just to name a few.

Though her gift was freely given by God, she did enhance it by enrolling herself in voice training classes, worship seminars, following tips via youtube and seeking mentorship from more experienced artists. She also plans on growing her act by learning to play the guitar at a Christian music school in December.

Her greatest inspirations are her husband and Music Manager Vincent Richards, loving parents, along with some musical artists such as Chevelle Franklin and Hillsong United. Solace has written and performed several of her songs such as Remedy, Praise Him Anyways, Shake it off, I believe, Rising Higher, Unity Time and I am Free amongst others. A mix of Soca, Worship, Cadence-lypso,Zouk an Reggae genres. She is currently working on her debut album “My God shall Supply”.

Having such a deep passion for music lead her to host her first ever GospeLypso concert held in Dominica in 2017 though the idea received a lot of criticism from persons who felt gospel and Calypso don’t mix, she stated God is the creator of Music and Calypso is only a music genre. The show proved to be a resounding success, so much so that patrons are asking for a second one, winner of that show was Berly Samuel better known as Lady B. 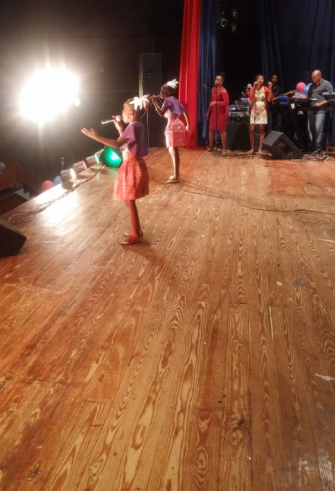 (Performers at the Gospelypso show)

Solace is destined for greatness and she is a pure example of how far talent, hard work and a lot of faith can take you. Her biggest music break was not too long ago at the Sinach concert, an opportunity she has been praying for. As Exposure and putting ones music out there has been her biggest challenge as a Gospel artist in Dominica. 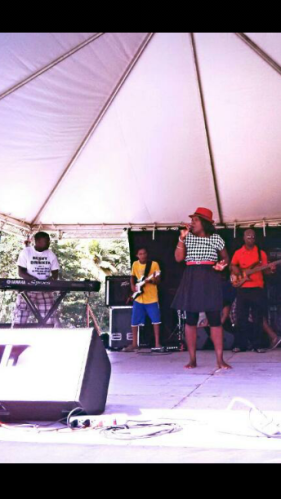 (Solace performing at the Fun in the Son Concert)

The interview ends with a word of advice to aspiring artists to always work on their music, never give up on their dreams, speak life over their selves, stay close to God, take the time to enhance ones skill and she encourages them to affiliate themselves with more experienced artists to learn, observe and grow.

For with God Nothing shall be impossible.

Solace can be contacted at Jrichardsma@gmail.com or solacemusikdom@gmail.com or via Facebook at Solace Dominique.